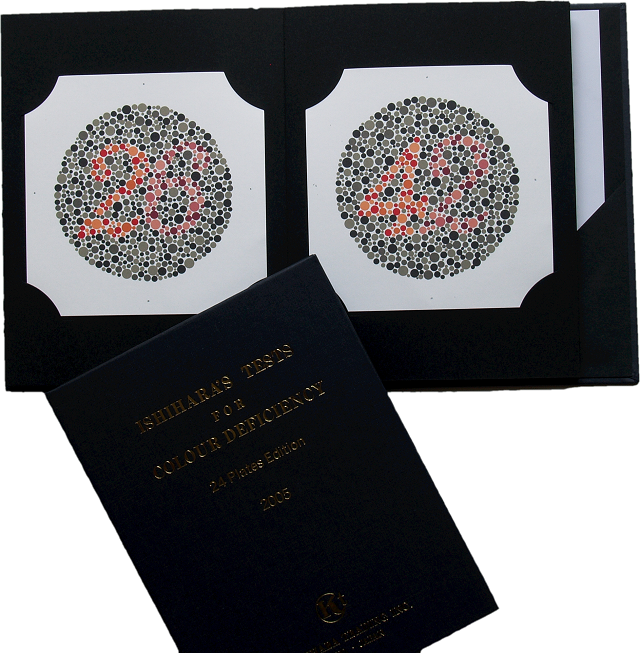 The Ishihara test is a colour perception test for red-green colour deficiencies, the first in a class of successful colour vision tests called pseudo-isochromatic plates ("PIP"). It was named after its designer, Shinobu Ishihara, a professor at the University of Tokyo, who first published his tests over 100 years ago.  It has become the most widely used colour test method used worldwide today.

The 24 plate edition is the one used by most optometric professionals as it tests the full-colour range required by land, sea and air transport authorities.

The full test consists of 38 plates, but the existence of a severe deficiency is usually apparent in the 24 plate edition.